Becoming a homeowner is an accomplishment to be proud of — but taking on a mortgage can feel like a heavy burden to bear. So it’s natural to want to pay it off as soon as possible by putting any extra funds in your budget toward overpaying your monthly mortgage.

But is that a smart financial move? Overpaying your mortgage to chip away at your principal is not a bad thing, but it could be coming at the expense of other goals — especially retirement. If you have extra money to put toward a goal and are weighing whether to pay off your mortgage or save more for retirement, here are some things to consider.

Jennifer Raess, Advice Integration Lead at Northwestern Mutual, acknowledges the appeal of not being weighed down by debt. “Your mortgage falls into that bucket of liabilities people prefer not to have as they work toward seeing their debt drop to zero,” she says.

There’s also a psychological boost that comes from paying off something tangible like a house. “It’s easier to concentrate on the here and now than think about saving toward retirement, which seems harder to grasp since it’s often so far into the future,” Raess adds.

But it's important to note that there is a difference between good debt and bad debt. Bad debt, like credit card debt, offers no value to you while charging you high interest rates. This is the kind of debt you want to prioritize paying down as soon as you can.

But mortgage is considered good debt because it offers several financial benefits. Not only does it give you the ability to invest in a home, mortgage lenders generally charge low interest rates — plus, you’re likely to qualify for a tax deduction on some or all of the interest you pay. Because of these benefits, a mortgage doesn't need to be at the top of your debt paydown list.

The sooner you save for retirement, the faster your money will grow

All too often, saving for retirement gets put off because of other more immediate financial goals, with the thought that you can always play catch up later. But waiting too long could cost you. Consider this hypothetical situation: A 25-year-old who invests $200 a month for 40 years at a 6 percent annual return will have more than $400,000 saved by the time they reach 65. But let’s say that 25-year-old waits until 35 to start saving, increasing the amount they invest to $300 a month instead. At 65, they would only have a little more than $303,000 saved.

To get a better sense of what your retirement tradeoffs could look like, Raess recommends discussing your options with a financial advisor, who can illustrate the benefits of saving early based on your situation and what you can afford to set aside. “They’ll use calculators and graphs based on commonly accepted assumptions to show the difference in your savings if you applied more toward retirement compared with paying down your mortgage.”

While taking out a loan to purchase your home offers financial benefits, borrowing money to fund your retirement is less straightforward, and should be carefully considered before doing so. And while you can use your home equity as a financial cushion in the form of a loan, “a house isn’t a liquid asset, and if the housing market should tumble, you might not be able to access the money you need,” Raess says.

If you’re trying to pay off your mortgage principal faster without sacrificing your retirement savings, check to see if you qualify to refinance at a lower rate. It may also be worth it to take a closer look at your budget: Are there more funds that you can free up to use toward both your retirement and mortgage pay off goals? Often, revisiting your budget as well as any changes to your income — such as a pay raise or bigger-than-expected bonus — can help you find extra dollars to put toward your financial goals. 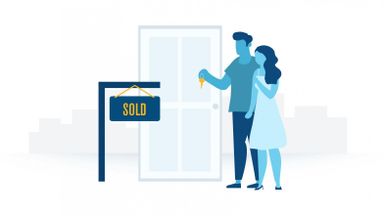 Complete Guide to Buying a Home 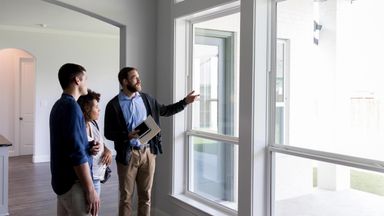 What Do Mortgage Lenders Look for in a Borrower? 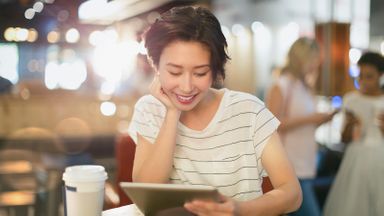 Should You Max Out Your 401(k) Contribution? 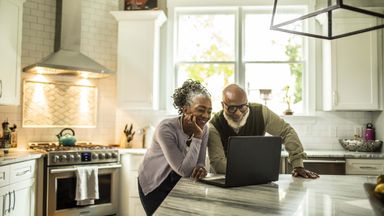 When Does It Make Sense to Use a Home Equity Line of Credit (HELOC)?