When your parents taught you the hallmarks of polite conversation, they likely recommended that you avoid certain topics of conversation — namely, religion, politics and money. After all, talking about money can be difficult and uncomfortable, and who wants to spoil a good dinner party?

The problem: 45% of Americans say debt makes them feel anxiety on at least a monthly basis and not being open about money concerns can only make the problem worse. But why are we afraid to talk about money? We asked Brad Klontz, CFP®, founder of the Financial Psychology Institute, to explain why talking about money is so taboo, and what you can do to overcome the fear of it.

YOU WANT TO PROTECT YOUR SOCIAL STATUS

Klontz says staying hush-hush about how much money we have, we earn and we spend is actually based in instinct. “Money is very tightly linked to our status. We like to disparage the whole idea of people trying to show status, but it’s an ingrained human characteristic,” he says. “Your concern over your status is one of the reasons you’re alive right now, because your ancestors passed this onto you.”

Where we rank in our group and how we form our relationships comes back to status, which in modern times is often related to how much — or how little — money we have.

Related to your status, Klontz says avoiding talking about money seems like the safe bet in social situations because people feel a lot of trepidation and nervousness about how others will perceive them based on how much money they have.“Either I’m worried you’re not going to like me because I have too little, or you’re going to judge me because I have more than you,” Klontz says. “So we’re very hyperaware of how other people might be looking at us around money.” He notes that this is why it’s common for individuals to cluster in groups with others who have similar net worth: It allows people to relax and worry less about being judged.

So you know the “nature” reason behind your unwillingness to talk money — but what about the “nurture” part?

Klontz says that if your parents pushed the narrative that talking about money wasn’t appropriate, it’s because they felt anxiety around it themselves — values that were passed onto you, whether you realize it or not. Then, as you got older, these “money scripts,” as Klontz calls them, played a loop in your head.

Money avoiders typically deem money as bad and rich people as greedy. In turn, they believe they don’t deserve money.

Money worshippers are convinced money will solve all their problems and that they can never have enough money, as money is what provides power and happiness.

Status seekers feel that their self-worth is determined by what they have, which leads to pressure to make expensive purchases and keep up with the Joneses.

Money vigilance beliefs tend to focus on frugality, saving, being discreet about income and being concerned about having enough money to cover emergency costs. While those who fall in this category aren’t necessarily in poor financial health, they tend to be overly wary and have a hard time enjoying the benefits and sense of security their money provides.

If your parents pushed the narrative that talking about money wasn’t appropriate, it’s because they felt anxiety around it themselves.

HOW TO START TALKING ABOUT MONEY FOR THE FIRST TIME

So if you’ve never openly talked about finances before, how can you lay aside your anxieties and begin?

Be transparent about your goals. It’s important to make clear why you’re bringing up money to begin with, whether you’re speaking to a friend, family member, spouse or work colleague.  That way, they understand what your intentions are. “It kind of depends on the type of conversation you want to have, and you have to think about what the other person is going to start assuming when you open your mouth,” Klontz says. “You want to frame the conversation from the start.”

For instance, perhaps the reason you want to start talking about money with a partner is because you see a future together and want to get on the same page with your goals. Or if you want to talk salary with a work colleague, explain that it’s because you simply want to know if you’re being paid fairly — in that instance, sharing what you make first and asking if that seems fair can be a more diplomatic route.

Start with asking for advice. According to Klontz, asking for advice is always a safe way to approach money topics. It’s a less intimidating way to broach the subject, and the person you approach is likely to feel flattered.

For example, if you want money advice from someone older and more successful than you, Klontz suggests asking, “What advice would you give someone my age who wants to become financially successful?” Or more broadly, you can begin by saying, “Hey, it might be a little bit weird, but I have some questions that pertain to my financial life.”

Asking for advice makes it more likely that your conversation partner will be excited to share their opinions and be more willing to let their guard down.

Create a script for yourself. If you’re really nervous, Klontz recommends coming up with a short script you can use to help calm your nerves. Include how you want to broach the topic and any qualifiers you need to include upfront (for instance, explaining you’re not looking to borrow money, if that’s been an issue in the past). Chances are good that if you explain clearly and sincerely what you’re looking for — and understand that not everyone may be willing to share their own personal details — those close to you should be happy to provide any insights they can. 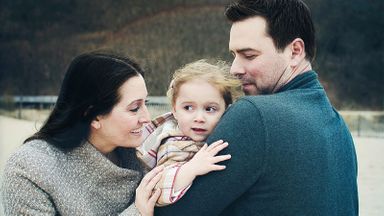 Why I Decided to Talk Money With a Financial Advisor 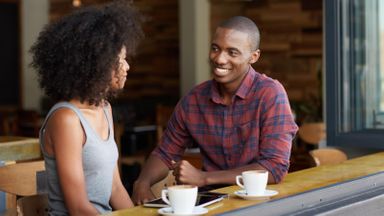 How to Talk About Money With Someone You’re Dating 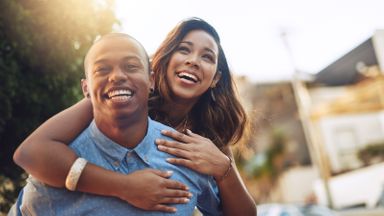