We all know a vacation miser. It’s that person by the coffee station crowing about the dizzying number of unused hours they’ve banked. It’s that person who’s just way too swamped, and way too dedicated, to ever step away from their desk for a day — so they haven’t for years.

But, it appears the era of vacation martyrdom is going the way of other workplace dinosaurs such as cubicles and fax machines. According to GfK’s State of American Vacation 2018 survey, we are spending more of our hard-earned vacation time, and that’s something the entire country can celebrate.

YOU EARNED IT, WHY NOT USE IT?

Between 1978 and 2000, Americans were taking a little more than 20 vacation days a year. But something changed at the turn of the century, and we took less time off year after year until reaching our lowest point in vacation usage, just 16 days, in 2014. But every year since hitting the bottom, we’ve been venturing out of the office, squinting as our eyes adjust to the sun's unfamiliar light, and using our vacation time. In 2017, Americans took 17.2 days of vacation, on average, up from 16.8 the year prior.

Employers, the GfK survey shows, might be driving the trend by fostering work cultures that encourage time away, and workers are feeling more confident about submitting their time-off requests. And taking a little more vacation has broader economic effects: The 0.4 year-over-year increase in vacation usage produced over 200,000 jobs and generated $8.9 billion in additional income for Americans, according to GfK’s findings.

Aside from stimulating the economy, vacations are good for you — because, science. An iconic, long-term study of over 5,000 residents in Framingham, Massachusetts found that individuals who didn’t take vacations at all were at a far higher risk of heart attack than people who took just one week off a year. An internal study conducted at Ernst & Young showed year-end performance ratings increased 8 percent for every additional 10 hours of vacation their employees took. Time away from work, evidence shows, boosts productivity, reduces stress levels, improves sleep and lowers absenteeism.

Despite the positive trend, Americans are still squandering millions of hours of vacation benefits every year. Collectively, we’ve forfeited 212 million days of vacation last year — $62 billion in benefits that simply vanished. Thought about another way: Workers donated an average of $561 in work time to their employers in 2017. Remember, many employers limit the number of vacation hours you can roll over from year to year. If you’re over the limit, those days just disappear.

The top reason workers say they avoid vacations is because they fear looking replaceable or less dedicated to their jobs. Americans are also feeling overwhelmed at work, as more than half of the survey’s respondents say their workloads are too big and there isn’t anyone to pick up the slack while their gone. For many, a break from work today means a lot more work tomorrow. That can stir enough anxiety to nip thoughts of vacation in the bud.

As a compromise, some workers are taking so-called workcations, or maintaining a full schedule from the beach or other destination. Not surprisingly, millennials, who perhaps haven’t accumulated as much vacation time, are more open to workcations to travel without dipping into their accrued time off.

WHAT ARE YOU WAITING FOR?

A staggering 86 percent of Americans say they have not seen enough of their own country, the GfK survey shows. Granted it’s a big country, but we clearly have earned enough time to get out and see it. There are plenty of ways to snap out of rut without breaking the bank.

And when you’re ready to submit that time-off request, but have no clue were to go, check out a few low-key, lesser-known vacation spots you’ll probably fall in love with (and not bump into a single person you know).

So, what are you waiting for? Get out there. You’ve earned it! 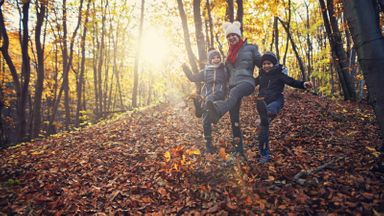 4 Ways to Use Your PTO During a Pandemic 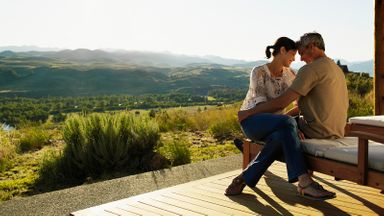 The Pros and Cons of Buying a Vacation Home Right Now 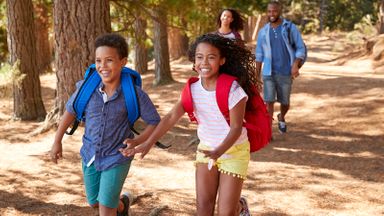 Fun Ways to Involve Your Kids in Vacation Planning