For medical students, it’s almost a given that six-figure student debt comes with the territory. That has created a ripple effect in the field itself: To pay off their loans faster, graduates are choosing higher-paying specialties like orthopedics and plastic surgery, leaving a gap in lower-paying but important professions like primary care, pediatrics and research.

That might all change with a recent, surprising announcement from New York University, where the average 2017 medical school grad with student loans left with almost $172,000 to pay back. Starting immediately, the medical school is covering tuition for all future and current students to the tune of about $55,000 per student. Those costs are being covered with the help of grants that include contributions from Home Depot founder Kenneth Langone, who sits on the medical school’s board of trustees. Their imperative? Don’t let debt prevent future doctors from choosing the fields they want.

That’s good news not only for current students, but also an incentive for those who were scared off by med school in the first place because of the hefty price tag. And it’s a creative way to start filling the hiring gaps that the entire profession is experiencing. However, what’s happening at NYU, while eye-opening, may not be an anomaly.

From retailers to information technology firms, industries on every rung of the economic ladder are feeling the labor pinch. Industry and education leaders are now hustling to fill jobs that are essential to fuel expansion by increasing incentives and shouldering some, if not all, training and education costs. For younger people thinking about their career path, or workers looking to pivot, the time couldn’t be better to learn new, in-demand skills without assuming boatloads of debt. Wherever you look, it seems, opportunity is knocking.

Boeing, the world’s largest aerospace company, says airlines will need to hire some 635,000 pilots over the next two decades to fly the record number of planes that are being built. Since 2010, there’s been a tenfold increase in the number of pilots hired by major U.S. carriers, but it’s not enough.

In response, airlines and flight schools around the world are offering cheaper — or free — flight training, which can cost $70,000 or more. PSA Airlines, a regional carrier owned by American Airlines, introduced a cadet scholarship program to pay students up to $5,000 to pursue a pilot career. Air France launched an “ab initio” campaign, where they pay training costs and then hire pilots.

“In our opinion it’s not a pilot shortage, it’s a funding or finance shortage, the inability for young people to be able to afford training,” Perna told Reuters.

According to a report from Cybersecurity Ventures, the United States is on pace to hit 500,000 or more unfilled cybersecurity jobs by 2021. Similar demographic trends are appearing in other high-paying information technology jobs in artificial intelligence, software engineering and more.

Companies like IBM, Microsoft, Salesforce and Amazon are taking a traditionally blue-collar approach to plugging the skills gap: apprenticeships. Unlike internships that are aimed at giving younger workers exposure to an industry, these apprenticeships are a mix of classroom and (paid) on-the-job training and have a position with the company at the finish line. Carousel Industries, which integrates and manages communications data networks, spends about $54,000, including salary, on each of the apprentices in its year-long program. At IBM, the only requirements to enter its program are a high school degree and some familiarity with coding.

On the education side, the Georgia Institute of Technology recently rolled out an online master’s degree program in cybersecurity that costs less than $10,000. The on-campus program can cost $20,000 to $40,000 depending on whether you're an in-state or out-of-state student. It’s the only nationally ranked, top-10 university to offer such a program.

In Maine, 19-year-old Emmily Mailloux is training to become a welder, which typically takes about three months. Fortunately for her, the Cianbro Weld Test Shop is footing the bill for her training. Mailloux, if she sticks with her career path, could be on pace to rake in $75,000 to $100,000 a year.

The number of homebuilders who cite labor shortages as a concern for their business hit 60 percent in 2017, according to the National Association of Home Builders. Home Depot recently announced it would invest $50 million to train 20,000 workers, including carpenters, plumbers and electricians.

In labor-starved cities, local governments are paying people to move there and work. Hamilton, Ohio is offering $5,000 to help pay student debt for workers who move there. Grant County, Indiana, will cut people a $5,000 check to help with purchasing a new home. North Platte, Nebraska, will even hold a ceremony in your honor when they present a check, which can be as much as $10,000.

Even companies that are seeking to fill positions that don’t require advanced training or skills are doing their part to court workers.

In March, a consortium of U.S. hotels launched a generous tuition discount program. McDonald’s substantially overhauled it tuition benefits. Kroger, the nation’s third largest retailer, rolled out a new tuition program in April, and Chick-fil-A expanded its program in May.

Around the country the Bureau of Labor Statistics estimates there are 6.7 million job openings and only 6.4 million workers to fill them. If anything, the current labor crunch has made it crystal clear that something must give in the tug-of-war between soaring education costs and soaring demand for skilled workers. And, for now, corporations and universities are seeking to resolve the conflict by reigning in the costs of learning new skills.

Job-seekers for many years have been navigating a difficult market where shouldering a mountain of student debt was a prerequisite for a low-paying, entry-level position. That’s no longer the case. If you’re willing to learn in-demand skills, incentives are waiting for you. The tables have turned, indeed. 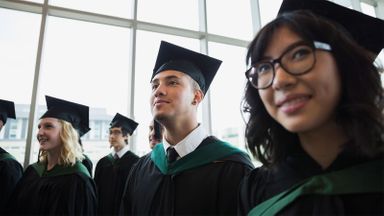 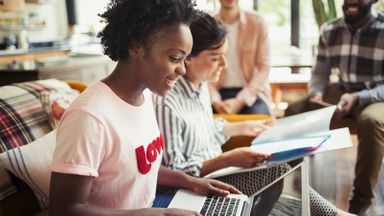 How to Choose a College With the Best Return on Investment 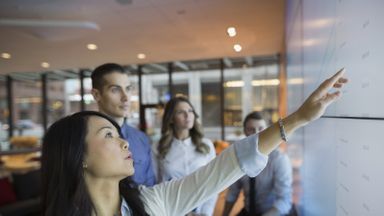